Mike Monteiro’s Ruined By Design is a firebomb of a book. Monteiro argues that designers of all stripes have a responsibility to the world that outweighs their responsibility to their boss. (The actual book has a lot more swearing.) Parts of this book are going to stay with me for a long time. I’m going to embroider “saying no is a design skill” on a pillow. 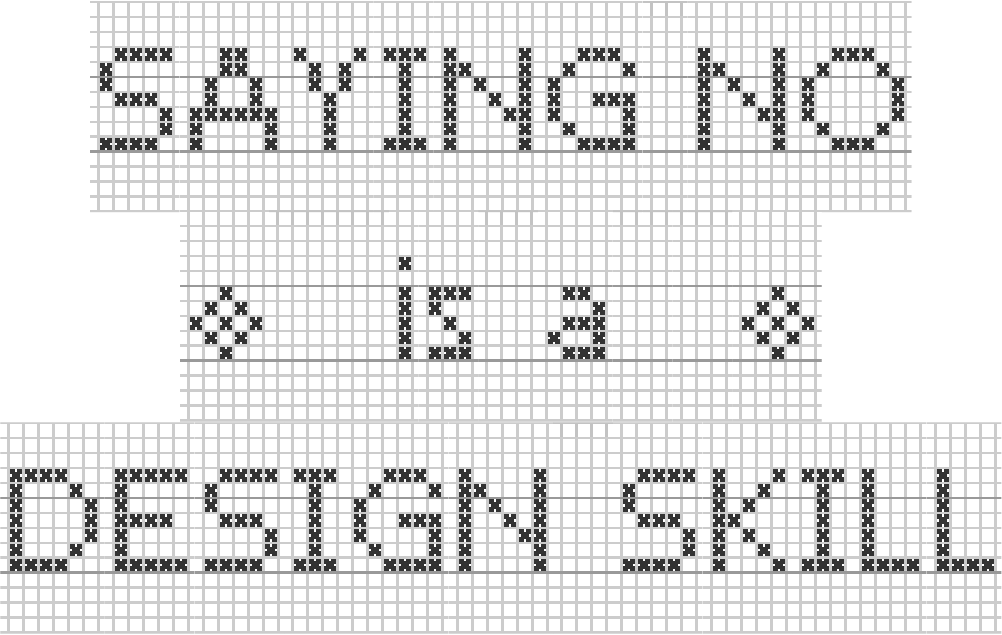 My heart says, yes! Designers are responsible for what we make! We need to be able to say no!

We also need to be able to say maybe.

In one of the early chapters of the book, Monteiro writes, “In 2017, the Royal Society of Public Health in the UK, in conjunction with the Young Health Movement published a study about how social media affects young people’s mental health… While the study doesn’t make a conclusive connection between mental health and social media because of academic rigor and all that, it makes a very strong case for it. Thankfully, I’m not an academic, and I have little patience for academic pussyfooting, as well-meaning as it may be. So I have no problem telling you this: the work we are doing is killing people.”

I am all on board with the spirit of Monteiro’s book. But if designers are going to work with research (and I think we should), we have something to learn from pussyfoot academics.

I am aware that this is a weird stance in industry. I intended to spend my whole career in academia, had a change of heart, and went out to work instead. My bosses were baffled by my dedication to cautions and caveats and maybes. They wanted a yes or a no.

A single study usually doesn’t give hard answers. Social science research almost never does. No one study can cover all the bases. So researchers build a body of evidence, interpret it as best they can, and adapt as new evidence emerges.  Academic pussyfooting is usually an acknowledgement that we’re operating with incomplete information and that we might be wrong.

And maybe it doesn’t have a place in a book like Ruined By Design. Monteiro isn’t reviewing the field. He’s grabbing me by the ears and yelling. But if we’re talking ethical codes and necessary skills, surely acknowledging ambiguity and doing our best anyways belongs in the mix. If we’re borrowing the weight of of academic research to support our claims, it must be in the mix.

When Monteiro references the Royal Society of Public Health’s report on social media, he highlights social media’s links to anxiety, depression, and body dysmorphia. However, the report also notes that social media helps teens with community building, emotional support, self-expression, and maintaining relationships. One of the internet’s greatest gifts is the realization that no, you’re not the only one. Queer kids, disabled kids, kids who might otherwise be the only one they know don’t have to grow up in isolation.

So is social media deadly, or is it lifesaving, or is it both? Neither? Is the work we’re doing killing people, or saving their lives?

All of those things are true. A question doesn’t always have one answer. If we react to social media as if it only has negative effects, we’d erase a lot of good from the world.

So what do we do? I’m going to go ahead and quote a job ad that Monteiro hates: “must be comfortable with ambiguity.” Designers (and everyone else) have to act on incomplete and conflicting information, because there is no such thing as complete information. And that’s uncomfortable. It’s terrifying. But difficult and incomplete answers are still worth having.

Hucksters will always have a smooth yes-or-no answer. There is a temptation to fight fire with fire and respond with equal-and-opposite confidence. Don’t do it. Making a call with imperfect information is part of the job. Taking responsibility for that choice is part of the job.

Saying maybe is a design skill.

View all posts by afowers